Velma Dee Johnson, age 99, passed away Saturday, July 2, 2022, at Autumn Hills in Bemidji with family by her side. Velma was born in Linwood, Neshoba County, Mississippi on February 6, 1923, to Theophlus Jay and Edith Jemima Bethany. She was the 7th of 9 children. At just a few weeks old, she contracted Whooping Cough and almost died. She survived to lead a long, well-lived life.

After high school, she worked at the local factory that was sewing uniforms for the military during WWII. She saw an ad one day that the FBI was looking for women to take the jobs of the men who had gone to war. She filled out a postcard and sent it in, and received notice to go to Washington, D.C. for the job. She got on a bus and when she arrived, she was paired up with another woman as a roommate, and they lived in The Boarding House. She met and married Robert Johnson there, the love of her life, and eventually moved back to his hometown of Northome, MN where Bob’s widowed mother lived. They raised two children in Northome, Michael and Brenda. Besides her love of gardening, reading, quilting, knitting¸ baking, carpentry, etc., Velma also worked out of the home at various stages of her life. She ran some restaurants, she was the high school cook for a few years, and she spent numerous years part time at the local Gambel’s Store (now the True Value). She was active in the Legion Auxiliary and was the President for a number of years. Velma moved to Bemidji in 1991 after her husband’s death. She enjoyed many bus travels to casinos and activities around the area where she also made some great friends.

She is preceded in death by her husband, Bob, of 44 years; her son, Michael; grandson, Lee; and her parents and numerous siblings.

A graveside service will be held on July 17, 2022, 12:30 p.m., at Forest Hill Cemetery, Northome, Minnesota, with refreshments and a time for memories and sharing afterwards at the Northome Senior Center.

In lieu of flowers, please donate to your favorite charity/organization in Velma’s name. 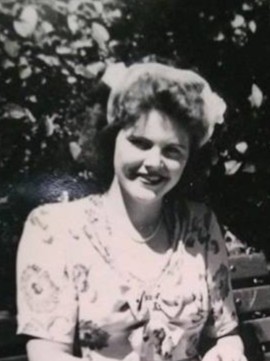 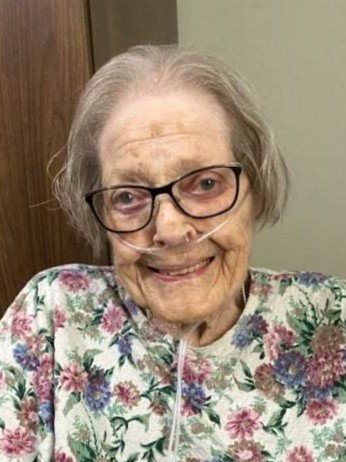