An interment will be held at 1:00 pm, Saturday, May 7 at Fern Township Cemetery with memorial service at the Becida Bar and Grill from 2-4 pm. Lunch will be served.

Roger was born on August 4th, 1935 to Carl and Viola Burgoon in Solway, Minnesota.

He played basketball in high school. After high school he enlisted in the National Guard for 2 years and then 4 years in the US Navy. He was given Honorable Discharge. He was a member of Harold Baggenstoss VFW Post 1260.

Roger met his wife, Frances, in Brooklyn, New York while in the Navy. He convinced her to come to MN. Roger and Frances lived in the Bemidji and Becida area for 47 years where they raised 4 sons.

Roger worked construction all his life, first for Bemidji Heating and then Sheet Metal Local #10.

He enjoyed playing sports as a younger man and watching them as he got older. He liked hunting and fishing in his early days. He tried his hand at farming, but his passion was restoring Minneapolis Moline and Allis Chalmers Tractors.

Roger was the neighborhood handy man.

Roger’s family would like to say a special thank you to the staff of Bemidji Sanford Hospital and Havenwood Nursing Home for making Roger’s last days as peaceful as possible. 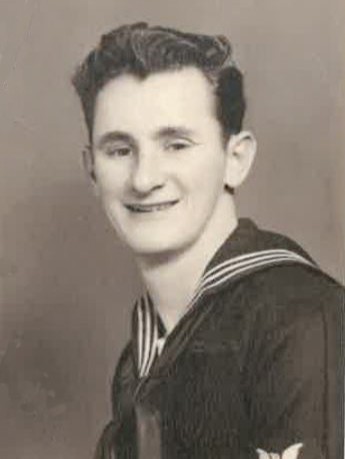