Richard Bender, 93, passed away peacefully on January 31, 2022, at Goldpine Home in Bemidji MN.

Richard was born to on February 12, 1928, the son of Richard W. and Florence Mae (Eldred) Bender on the east side of Island Lake, Northome, MN. He joined his sisters Betty (Boquist) and Jackie (Olson) in a two story house on the east side of County Rd 174. He went to grade school at Cunningham School on the north end of Island Lake. He then graduated from the Agriculture School in Grand Rapids, MN.

Richard started dating Frances “Patsy” Storzbach and on June, 17, 1950, he married Patsy at her parent’s home. Richard and Patsy moved to the east side of Island Lake south of Northome bordering Richard’s father’s resort “Bender’s Fishing Camp”. The family grew to five children, Kathy, Richard, Peter, Joseph and Tony. Richard started a Standard Oil gas station in Northome while Patsy helped out. In 1968 they sold the gas station and purchased the resort from Richard’s father, R.W. Bender. The resort was run only in the summer months, so Richard worked in logging and Patsy taught school in the off season. Patsy retired from teaching after twenty years and they continued to operate the resort up into their golden years. Richard and Patsy also loved to travel in their motor home in the off season. The resort closed for good in 2019. 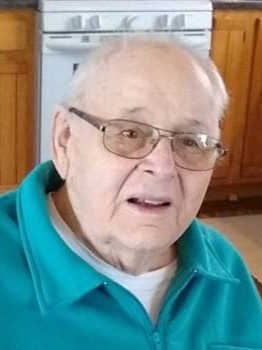