Funeral Services will be held at 2:00 PM on Saturday, November 26, 2022 at Faith Lutheran Church in Blackduck, MN with Pastor Karl Anderson officiating. Visitation will be held from 1:00 - 2:00 PM, for one hour prior to the funeral at the church. Interment will be in Lakeview Cemetery in Blackduck, MN.

She was born on August 11, 1924 to her parents Henry and Jennie (Ditty) Langord. Marilyn grew up in Blackduck, MN and graduated from Blackduck High in 1942. She and her husband Wallace G. Page were married on September 22, 1942. They moved to the Page farm in Hines, MN where they raised six children.

Marilyn was an active member of First Lutheran Church in Hines. She was the first women to serve on the church council there. Years later she and Wallace were founding members of Faith Lutheran Church in Blackduck. Marilyn was a member of the Hines Hoe and Hope Garden Club, The Red Hat Society, The Daughters of the American Revolution, and the American Legion Auxiliary Unit #372. Marilyn was proud of her pioneer heritage. She was very active in the preservation of the history of the Blackduck and Hines area. She spent many hours working on the Hines History Book Committee and volunteering at the Blackduck History Center. She loved to play scrabble, do crossword and jigsaw puzzles, and made many beautiful quilts.

Marilyn worked at several part time jobs while raising their children. She also was the bookkeeper for Gregg and Page, and for Page Trucking Company. Once their children had all graduated from high school she took a job as the City Clerk in Blackduck, where she worked until retirement in 1989. For many years Marilyn was the homemaker while Wallace was first in the Navy, then working in Greenland, and then as an over-the-road trucker. She was always there for her husband, children, parents and mother-in-law. She did it all with a smile and laughter. She made it a fun household.

A special thank you to the staff at the Good Samaritan Society and to Dr. Billups for the wonderful care given to Marilyn. 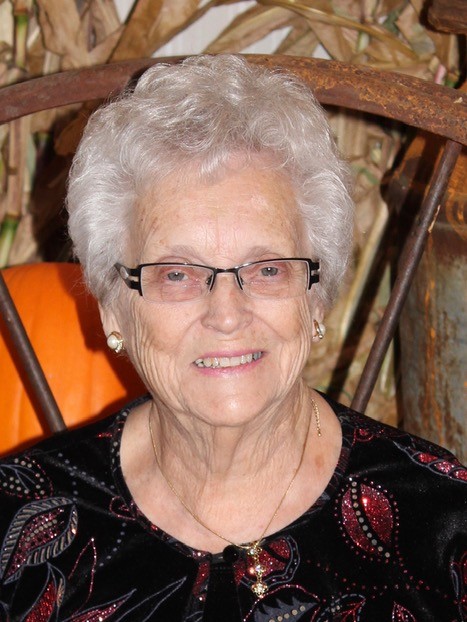