Born to Victor Burditt Brown and Ruth Kathryne Desiderio in Chicago, IL, Vickie grew up in the Chicago area, graduated from Evanston Township High School, and attended Illinois State University in Normal, IL where she attained a bachelor’s degree in biology in 1951 and met and married Francis Charles Fremgen. They raised nine children together first in Chillicothe, IL, then relocated to Brookfield, IL in the mid-1960’s. She became a substitute teacher for all high school classes, including boys P.E. She was a Water Safety Instructor and taught swimming lessons for many years. She was involved in Girl Scouts for over 50 years serving as troop leader, camp director, and regional representative.

After moving to the Bemidji in 1973, she obtained a master’s degree in Environmental Education from BSU. She taught biology in Grygla, Akeley, Blaine, and Bemidji and was the park naturalist at Jay Cooke State Park for ten seasons. She married Donald Gilbert Anderson March 17, 1979, and, while proudly holding onto her Italian heritage came to share and embrace his Norwegian lineage by joining and later serving as co-president of the local Sons of Norway lodge, organizing and performing in a Scandinavian heritage dance group, and avidly Nordic skiing into her 80’s. They also camped throughout MN and the country, especially enjoying annual canoe trips in the BWCA.

Vickie pursued a wide variety of interests. She traveled in the U.S., Europe, Mexico, Australia, and the Pacific islands. She made an effort to learn languages before and during travels including Italian, Russian, and Japanese, and continued upon returning home by meeting regularly with local Italian and Norwegian book/coffee clubs. She spent six months in the early 90s teaching English as a second language in Moscow and witnessed Yeltsin’s inauguration. She and Don often hosted foreign students, several of whom were life-long friends. For many years, the Dalai Lama influenced her world view.

Vickie supported many community organizations including contributing to and acting in performances of the Bemidji Playhouse and the Concordia Language Villages. She frequently volunteered to read to children in local grade schools, and was a founding member of the Harmony Food Co-op. She became the second director of the Minnesota Finlandia ski race during the mid-80’s.

She was an avid knitter and sewed numerous quilts, shirts, jackets, and outdoor gear, as well as award-winning Halloween costumes. A life-long cook, many enjoyed her jellies, syrups, pies, canned vegetables, and lasagna. She enjoyed countless hours fishing with family in her canoe or boat, and her strong passion for the outdoors and environmental causes were shared with and passed on to many students and all her children. Not one to sit idle, she found time to become a licensed massage therapist, garden, read, walk, swim, dance, ride her bicycle, and play the piano and accordion.

A celebration of life will be at Ruttger’s Birchmont Lodge, Bemidji, MN at 1:00 p.m. on Saturday the 29th of October 2022. Condolences may be left at ceasefuneralhome.com. 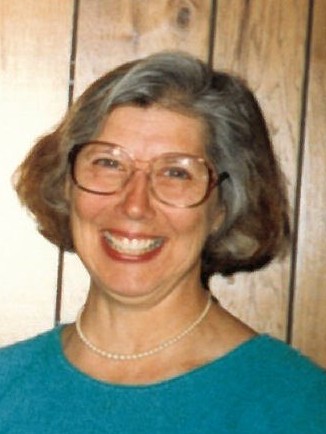