Funeral services will be held on Saturday, August 20, 2022 at 1:00 p.m. at the Holy Trinity Lutheran Church in Blackduck with the Reverend Philip Houser officiating. Visitation will be on Friday, August 19, 2022 at the Cease Family Funeral Home in Blackduck from 5:00 – 7:00 p.m. and one hour prior to the service at the church. Interment will be at the Lakeview Cemetery in Blackduck, MN.

George was born on April 25, 1930 at Nore Township, the son of Arthur and Anna (Anderson) Bowman. George graduated from Blackduck High School in 1948. On September 15, 1956, George married the love of his life, Dorothy Shingler, at Holy Trinity Lutheran Church in Blackduck, Minnesota. They made their home on the Bowman family homestead farm, where they raised their three children, Timothy, Brenda and Mark. Farming and logging were a big part of George’s life. Above all, George was hard-working. He had a strong work ethic and loved his farm, a trait which was handed down to his children and grandchildren. George and Dorothy raised many farm animals, but their favorite was raising cattle. George also worked the fields and raised crops. One of George’s adored pastimes was being outdoors. He relished driving around the farm, checking fence and keeping an eye on his animals. George was an avid outdoorsman and he enjoyed hunting and fishing. He shot oodles of deer around his many acres of land. George is featured in the International Wolf Center in Ely, Minnesota being interviewed on his farm, about the surplus of Timberwolves in the area. George also liked bowling, golfing and reading Westerns books in his earlier years. Countless conversations were brought up about the Twins and the Vikings which he followed very closely. Family was central in his life. His wife, Dorothy, was his caretaker for the last 11 years after suffering a stroke in 2011. George’s kids and grandkids always put a smile on his face and a sparkle in his eye.

George was very involved in his community. He was honored for 43 years of service as a Chair Supervisor for Nore Township and he was also State Fire Warden for 60 years. George was a member of the Minnesota Timber Producers Association, a member of the FFA, the Chairman of the Agriculture Committee, and the Past President of the Chamber of Commerce in Blackduck. George’s faith and love of God was tremendously important to him. He was a member of the Holy Trinity Lutheran Church where he was very active had held several different offices throughout the years.

He was preceded in death by his parents; and 4 sisters, Delphie Nance, Harriet Granbeck, Janet Kuhne and Audrey Stein. 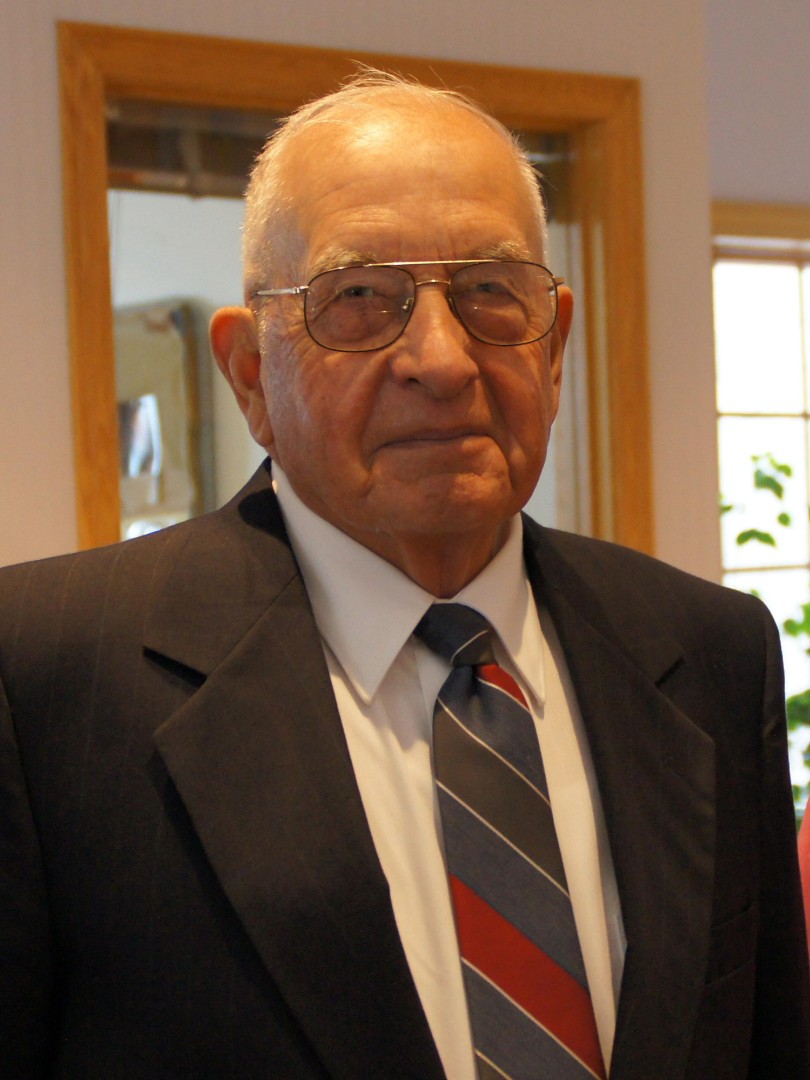