So this is how it is now. The race that was Frank’s life was usually magic, occasionally tragic, and always epic for nothing that Frank did was ever small or inconsequential. And because of this, we will always see Frank even though his remarkable life ended far too soon from brain cancer which devastated his body but did nothing to diminish his spirit.

We see Frank in Sherri, his devoted wife of 23 years. It is not an understatement to say that there is no Frank without Sherri and the warm sunny day in 1998 when they climbed Mount Shasta and promised to love each other forever was the best day of his life. Their love withstood numerous job changes, three contentious political campaigns, various academic endeavors and four life-changing moves around the state. Together they created Moetown Kennels, witnessed the birth of all of their sled dogs and were fiercely committed to the love and running of the pack. They created a life together for their animals and the earth. Frank had insisted that his headstone say, “I want everyone to know how much I love Sherri.”

We see Frank in his beloved mother Vonda, his biggest supporter who proudly cheered on her favorite football star from the sidelines at every game, first at Bloomington High School (Class of 1984) and then at Carleton College (Class of 1988). Frank was Vonda’s protector. She loved him dearly and shared his deep love of animals. Vonda loved cooking for Frank and was always ready to embrace his adventures. She will miss her precious son terribly.

We see Frank at Alcoholics Anonymous meetings when, following the tragic death of his big brother Paul, he surrendered himself to a Higher Power in 1993 when he could no longer outrun his demons and he knew that the road to sobriety was one he could not travel alone. While managing his own struggles with alcoholism, Frank provided life-changing support and guidance as he helped recovering addicts find their own way down the road. The principles of AA formed the core of Frank’s values and he applied them to every aspect of his life. He remained sober for 28 years before he died.

We see Frank on the Gunflint Trail in his orange stocking cap running his beloved dogs. The story goes that Frank got Sherri a dog for Valentine’s Day and then his own. He took his dog skijoring and immediately decided to take it up a notch by involving a team of dogs and a sled, which eventually turned into dozens of dogs, his own business breeding sled dogs, two decades of racing around the world and an entire mushing community of close friends. Frank’s love of mushing led to his incredibly easy decision to choose time with his dogs over any job that would keep him off the trail.

We see Frank in his students at Bemidji State University who are now fighting as hard as he did to ensure that everyone has a clean environment. Students who were inspired by him just as he was inspired by his own professor and good friend Paul Wellstone who showed Frank that the future belongs to anyone who is willing to work hard and improve the lives of others. Frank’s own academic accomplishments were numerous including a bachelor’s degree in Political Economics & History, a master’s degree in Exercise Physiology & Kinesiology, doctoral work in Outdoor Recreation and Leisure Studies, a Bush Fellowship in 2009 and a Wilder Foundation Fellowship in 2010. Frank acquired this knowledge not for money or prestige but because it gave him the tools he needed to help people in his own unique way.

We see Frank when we swim in our favorite lake and hunt in our favorite forest and play with our kids in our favorite park because as a state representative, Frank dedicated his legislative service to ensuring that our natural resources are protected for future generations. He worked hard to earn bipartisan support for his bills believing that no issue or value should be limited to one political party, and he never allowed political disagreements to get in the way of personal friendships.

We see Frank in the residents of Cook County where, as a commissioner, he worked with the Grand Portage Anishinaabe and the Stonebridge Singers youth to become the first county in the state to change Columbus Day to Indigenous Peoples Day. Frank worked tirelessly for his constituents and was fiercely committed to ensuring that everyone in Greater Minnesota had access to the best schools and healthcare.

We see Frank in the thousands of people who counted on his leadership in the fight to defend our precious water from the harmful impacts of copper-nickel mining. And we see him in all of the people who gathered on the Capitol steps on a windy March day in 2012 to cheer him as he completed a 362-mile dogsled trek with eagles flying overhead to personally deliver a message to lawmakers that Minnesotans expect bold action. His leadership is why Frank was an honored and respected friend of the Ojibwe people in Minnesota. During his illness, he was given a healing ceremony and granted the Indian name Zoongide’ inini, “He Stands Strong,” a very rare and high honor for a white man.

We see Frank in the children who feel a spiritual connection to nature when they dip their paddles in the cold clear water of Lake Superior and hike along the North Shore. Frank found his calling to be a wilderness guide after crossing paths with Terry Gustafson, a student of the Maharishi and friend of the Beatles. Frank truly saw God in nature and was especially proud of teaching people to find their own peace in Mother Earth. His special connection with helping children came through his service in the Peace Corps in 1989 where he dug wells to help villages in Togo provide safe water that kept their children free from diseases.

We will see Frank when we gather to celebrate his life and grieve with his family who, along with Sherri and Vonda, includes his stepfather Jim Bezat, half-brother John Moe and stepsisters Tracy (Jeremy) Brue and Jodi (Ron) Oster. Along with his brother Paul, he was preceded in death by his father Paul.

On the bright cold morning of January 12 Frank died just as he lived, fearlessly and with no regrets. Although there is much sadness among his surviving family and friends, we know that Frank is now forever racing with his beloved dogs. For as he hopped on his sled and pulled the snow hook, we heard him say the final words in his book as he raced towards the first dog he wanted to see in Heaven, “Let’s go home, Gus.”

With the generous help of Winona LaDuke, Sherri will create the Frank Moe Legacy Foundation – Protecting the Water Because Water is Life to carry on his passionate dedication to clean water. Donations and In Memoriam gifts for the foundation can be made to Sherri directly or on the GoFundMe page: https://www.gofundme.com/f/put-thee-moe-back-in-moetown

Cards can be sent to:

A celebration of Frank’s life is planned on February 5.

1:00 PM - Outdoor Spirit Service; bring your winter clothes and DRESS WARM like a musher for this event.

This will be followed by a graveside service for family only.

A celebration of Frank’s life will take place after the graveside service outside at the Hovland Town Hall next to Trinity Lutheran Church. Friends and family will share stories and there will be pizza, coffee, hot cocoa, and a bonfire.

All attendees must be vaccinated up to date on boosters. Masks and social distancing are required.

For out of town visitors, the nearest convenient lodging is the Grand Portage Lodge and Casino. We want to thank the Grand Portage Ojibwe for offering discounted rates for our guests for the weekend of the funeral. https://www.grandportage.com/ 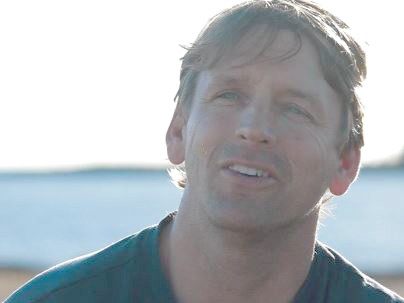