Funeral Services will be held at 11:00 am Monday, October 10, 2022 at Church of Jesus Christ of Latter-day Saints in Bemidji. Visitation will be one hour prior to the service. Interment will be at the Lakeport Cemetery in Laporte, MN under the direction of the Cease Family Funeral Home in Bemidji.

Dorothy was born May 14,1936 in Oakland, California, the daughter of Frank and Merna (Brush) Webb. She was raised and educated in various places in the Southwestern States. She graduated from high school in Eloy, Arizona and then went to college for a short time in Flagstaff, Arizona. She was working at a soda fountain in Reno, Nevada where she met and married Bob Smith. They had 2 boys and eventually moved to northern Minnesota where Bob grew up.

Dorothy worked at the Laporte School in various positions until she resumed her education at Bemidji State by taking classes in the evenings and summers. After getting her teaching degree she taught in Laporte and also directed the high school plays. As a single person she taught Special Education in Clearbrook-Gonvick and Cass Lake. Following a fulfilling teaching career her retirement years were spent in loving service to her family, her church family and her community.

Dorothy loved crafting especially quilting and other sewing projects. She was an avid reader and loved to watch TV. She could strike up a conversation with anyone she met and loved to talk to her friends and family. She loved being outside where she could collect natures many treasures as she felt the wind in her hair, the sun on her face and the sand on her feet.

She is preceded in death by her parents, her brother Ed and infant brother Owen, her sister Margaret and her son Robert.

The Smith family wishes to express their deepest gratitude to Dr. Rod Will and Jane Messner RN and the fabulous Sanford Bemidji Hospice team and the Goldpine Assisted Living team for their exceptional care and thoughtful attention to allow Dorothy to have her last months be a time of comfort, safety and dignity.   Condolences may be left at ceasefuneralhome.com. 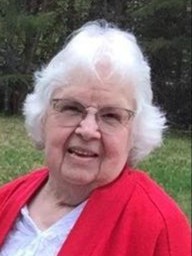