Bridget joined our Lord on January 5, 2023 while living  in Grand Island, NE, where she had moved due to health  issues.  She  was born May 2, 1944 to Edward and  Louise  Quinn in Bloomington, IL. Bridget was united in marriage to Jewel Black on December 19, 1962 in Grand Forks, ND, where he was stationed in the Air Force. Together they made there home in Bemidji MN where they raised their 3 children. Bridget was preceded in death by her beloved husband, Jewel, her brothers: Thomas, Michael, Francis, Donald, William, and Jerry. She is survived by her children, Brian Black, Teresa (Dan) Willets, Jim Black. Her grandchildren: Megan (Brian)  Danner, Mitchell Patrick, Mark Dirkes, Tashina Black, Bryson Black, Darion Black, and Jett Black. Also, 6 great-grandchildren. Her ashes, along with her husband’s, will be brought back to Bemidji, MN and scattered together at a later date. She will be deeply missed by her family and friends. 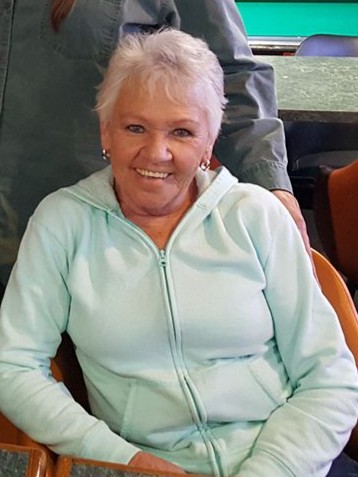